CONTACT US
Want to discuss your custom home or construction project? Submit this quick form and we'll contact you promptly.

A Win-Win for Keystone and the Forest Service?

It took 13 years to broker a land exchange in Summit County, Colorado. But the results appear to be worth the wait.

By: MARY CATHERINE O'CONNOR of Outside Online 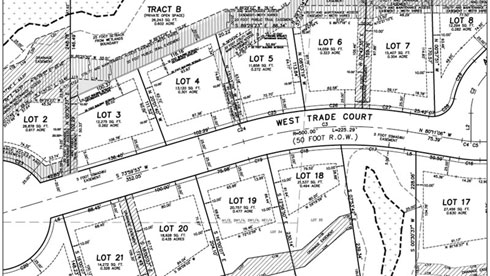 Two decades ago, Gary J. Miller, a Colorado real-estate developer, happened to be passing through the grounds of Chihuahua, an old mining town, high in the Rocky Mountains. There he met the man who owned the 40-acre parcel, a doctor named Dr. Don Ryan. Miller made Ryan an offer for the land, kicking off a long process that has concluded in a land swap, putting the old townsite under the guardianship of the National Forest Service in exchange for 21 acres at the Keystone Ski Resort, which are now being developed with 24 single-family homes.

The exchange took an astounding 13 years to complete. But the end result looks like a win-win for Summit County, the Forest Service, Keystone Resort and, of course, Gary Miller and his investment partners.

Having discovered a number of nearby rich silver lodes, miners began settling in Chihuahua Gulch in the late 1870s, it was incorporated in 1880 and most of its buildings were destroyed by a fire in 1889 that also nearly destroyed the town of Montezuma, three miles to the southwest. That was pretty much it for the town of Chihuahua, but the area has "tremendous recreation value," said Paul Semmer, the community planner for the White River National Forest's Dillon Ranger District and the lead coordinator of the land swap. "The land is surrounded by National Forest and is in a drainage that is popular both for motorized and non-motorized recreation."

That would have possibly changed, however, if anyone were to try to develop the land, part of the Peru Creek Basin (the Peru Creek is a tributary of the Snake River, which is why the project is called the Snake River Land Exchange). Granted, developing the old Chihuahua property lots would be a Herculean effort, Semmer and Miller both note, because of the permitting and infrastructure that would be required. Still, the land swap removes concerns that the skiers, hikers, bikers, and motorists who frequent the area could someday be booted off.

That's not something that Miller ever intended to do when he bought the acreage. In fact, he had a caretaker patrol the area to ensure it was kept free of trash and raucous parties, but he has always allowed dispersed camping and creation access. He said his plan all along was to find a suitable swap with the Forest Service so that Chihuahua would be preserved. As a longtime local, he knew the value of the Chihuahua drainage as a playground and he knew that the Forest Service owned a parcel near Keystone – spitting distance from the resort's River Run Gondola – that was ripe for development. "I'm one of the lucky guys who bought some land and moved up here in the 1970s," he said.

"Everyone appreciated all the cooperation put into getting this deal done. Boy, that never happens," Miller added. "Some of the biggest support came from environmentalists who live in the community."

No protests at all? Nearly. "There were maybe two negative comments from individuals," during the public review process, said Semmer. "One was [based on a protest over] giving federal land away and the other one said that we should just leave things as they are and not add any development."

The parcel that Miller is now developing—or rather, that Crestwood Homes, the builder to which Miller is selling nearly all the plots, is developing—is already surrounded on three sides by private property, much of it filled with condos and ski homes. The fourth side opens up to Keystone ski runs. Because of that, Bob Berwyn, a journalist based in Frisco, Colorado, who covered the land swap when he worked at the Summit Daily newspaper, said, "There's no reason not to develop this parcel." But as the deal was in process, Berwyn and some other onlookers did express concern that the Keystone parcel – called Dercum's Dash after Keystone resort founder Max Dercum – might end up layered in condos.

"I don't know what density we could have gotten," Miller said. "Maybe seven to 10 units per acre. But we never tried for that. We have a lot of condos [in Keystone] already."

The first home foundations in Dercum's Dash are going in now. Over in what was once the town of Chihuahua, the Forest Service is hanging new ownership signs. This winter, the agency will begin enforcing new rules throughout the Peru Creek Basin, including the newly acquired land, that relate to a travel management plan that was approved back in 2010. While the drainage will remain open to motorized recreation in summer, snowmobile use is no longer allowed. But again, that has nothing to do with the land swap, it's part of the new plan for the entire White River National Forest.

While it's a win-win deal, it could have been significantly more of a win for Miller and his investment partners had the land exchange not taken quite so long. Had the deal been finalized in 2006 or so, before the economy crashed, things would have been different. "We probably ended up with 30 or 40 percent of what the value [for that parcel] once was" because of the crash, he said.

Crestwood Homes has built a fine reputation for quality construction and gracious design that lasts for generations.
Industry Leader

We’re particularly proud of capturing the prestigious Finest for Family Living awards on two separate occasions.
Our Guarantee to You

We warranty our construction for a full year after completion. The peace of mind that comes with that is invaluable.